So I played some Ragnarok Online 2 beta, I ate a ton of stuff during christmas holidays, and finally I decided I’m going to log all of my ranked games from now on and see whether I improve or not. also hopefully to see how my elo increases with time, but there has to be progression on my side too.

Let’s start with the first game of the day. Our third pick couldn’t pick, randomed annie, afterwards said he would ad, and as last pick I had to jungle. Picked nautilus. Never jungled S3 so far, not even in normals, but I am aware of the changes and I know Nautilus is still good. I used to be comfortable with him in S2, so I picked him. Our first pick, Twisted Fate, didn’t connect, so I actually had to mid for a while against Katarina. It was all good and fine, Tf eventually came back and I started jungling. The game was decent enough and we actually had lots of chances to win, but we were not able to, because as usual, most people just want to randomly kill, rather than try and get objectives and fight for those. As such, while I was trying to re-take bot inhib, they decided it was a good idea to camp their jungle with no wards, no oracle, no vision. Obviously they got destroyed and I couldn’t get there in time. I should’ve been there with their stupid idea, maybe, so that’s something I gotta change: No matter how stupid an idea is, if they don’t listen to you (and they never do), just go with them.

tl;dr :  I did what I could, focused Katarina with my Cc, then vayne, tried to keep our AD – AP alive. Helped top as he needed it the most, and well, not many mistakes. Just a throw on our side, mostly due to Annie’s stupid attitude.

I was able to get Ezreal, one of my fav champs, as 4th pick. Or third, not sure. Our support was Leona, they had Vayne-Taric bot lane. But.. it didn’t matter, the game ended at minute 2. We tried to invade, and I was able to get first blood with a nice Q snipe. After that, we stole their blue and I was heading back to lane, when Vayne – taric attacked me, and got the kill on vayne aswell. At that point, bot lane was won. Our top jax smashed their top Rengar aswell, so by minute 15 we were wandering around killing and destroying inhibs. I died twice by making stupid mistakes but when I died it was very well past the point of non-return anyway.

Enemy locked Miss Fortune. I kinda wanted Ezreal, but it would’ve been kinda hard of a matchup, so I just went for Tristana. Our support was Leona though, their support was Nunu, so we could never engage early game, and due to a gank from Malzahar as we were trying to kill as our jungler ganked too, we died and our lane started to snowball on their side. I managed to always have the same farm nonetheless, so when it came to teamfights I could be useful and we won some. Made Warmog so that I could stay in fights as Kha’Zix and Jarvan would always jump on me, and their only AP was Malzahar, so couldn’t have gone for Ga nor mercurial. In the end it proved to be a good choice, and we won all team fights. I always placed myself properly, kited when possible. One mistake: went ham at the beginning when I clearly shouldn’t have.

tl;dr: Lost early game, placed properly, made no further mistakes and Warmog helped against 2 people jumping on me

Got ez, had Taric support, enemy got Vayne and Nunu. Our Olaf jungler was very aggressive and got kills throughout the whole map, while.. we zoned Vayne from level 1. At one point I had 53 cs, she had 13. Weird game, we had 2 drakes done by the 14 mins mark, dragon at 16 mins, at 18 we ended and all 3 inhibs were broken.

Had to Nautilus Jungle, all lanes lost on their own, I tried subbing and ganking, none. I may just be a bad jungler, but every single lane lost and was never in condition to allow me to gank.

Managed to grab Singed top, was against Garen. Really had no trouble, almost killed him a couple times but was just fine. Though everyone else died and both Katarina and Miss Fortune got fed. So.. yeah.

tl;dr: got stomped, except my lane.

Got first pick Ezreal, had Maokai support, zoned them, won the lane easily and always kept them far. Got ganked some and other lanes had some trouble, but we stomped them still,  we had some amazing poke.

First couple levels Olaf traded a little better, and I died (though got assist). Then I just stomped his lane, bullied him and killed him. And killed people around the map. 😀 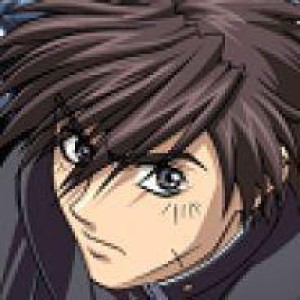 Goteki 20XX © All Rights Reserved. Design by goteki via wp

Menu
We use cookies to ensure that we give you the best experience on our website. If you continue to use this site we will assume that you are happy with it.OkPrivacy policy