My Unwillingness to Play by the Forget Assumption

I have talked a few times about some companies' drive for pure greed without any blatant form of respect towards their customers, but unless these things are kept up as some sort of log, towards a consistent memory, we are all bound to forget over time, and that is what these companies count on. Now, since I'm getting old and cranky, I'm all the more willing to put up a big "Fuck you" wall consisting of objective bullshit and the sources of said bullshit, so that it's always up there, indisputable and not changed by revisionistic or nostalgic memory.

You could also notice how the really bad PR with bad news or apologies that are not really apologies (you know, the 30 min speech that just tells you to fuck off and eat poop while being very nice at telling you so, here a good example) always comes out Friday late afternoon, or other PR tricks to try and let bullshit slide and have the least amount of repercussion possible.

Other such strategies as employed by MMORPGs developers are the usual assurances that no pay-to-win will ever make it to the game, with a slowly increasing presence of said p2w, and then whenever players riot and protest, they apologize, reverse whatever change, put a slightly less version of it, and begin creeping the pay to win back in. It's like they assume people don't realize what's happening. And they're mostly right, they don't. As soon as the critical threshold is passed people will protest, but they trust whatever fake apology, without realizing that threshold is moved further each and every time.

It's a ridiculous silly ploy, yet it works. And dozens of similar manipulations work. Hell, look at lootboxes, without even having to get fancy. Just predate on people weak to gambling addictions by making them win digital prizes at most, while spending literal fortunes overtime.

I've really had it with the basic, direct and blatant manipulation, the bullshit and expectation that you'll be back at eating shit as soon as you're done fussing, as if you were a child and they were the really nice parents that even though you are a stupid kid, they graciously allow you to eat their shit. Nah, you can eat it yourself. Making a profit does not necessarily mean having to be an asshole towards your customers and fanbase.

Things are not only black and white, but everything falls within a spectrum, and in this case it's the B Spectrum. It can be Bullshit, and it can be Beautiful. As there are also those distinguishing themselves for great and positive actions, which are just as noteworthy and worth remembering as the bullshit.

I will record whatever it is that falls within my notes, I'm just limited in what I know, but it's something, because just like there are amazing people doing amazing work as their passion, there are just as many people trying to exploit anything and anyone as long as it gets them what they want. Both ends of the spectrum should have their place, one of honor, and one not so much.

It's not even about quality, it's about the willingness to do right by one's customers. Some things are just objective fuck yous, some are objective omages and work of love. Those are the things that should be pointed out and praised, or relentlessly bashed. Some are just mediocre work and they'll just stay there, it's fair enough.

After the latest Star Wars and the inconsistencies even with paid reviewers between this and the previous one, which were hilarious and deserve further mention elsewhere and Blizzardvision's Warcraft Shitforged, I really started to think these things should be sort of kept and logged by somebody not getting paid within the industry, as it seems obvious they're out there to scrap the absolute most they can by spending as little as possible for their products and merch and not provide a quality experience, it's not even in their vocabulary nowadays.

Obviously, the ones doing the actual work are often without fault, as these are mostly the result of higher up decisions, which allow for resources to be allocated or for the budget for proper productions, or just are in charge of the direction and they take stupid decisions (Kind of like Unfinished-Enix having more PR people than ones working at their games and being unable to ship finished products). 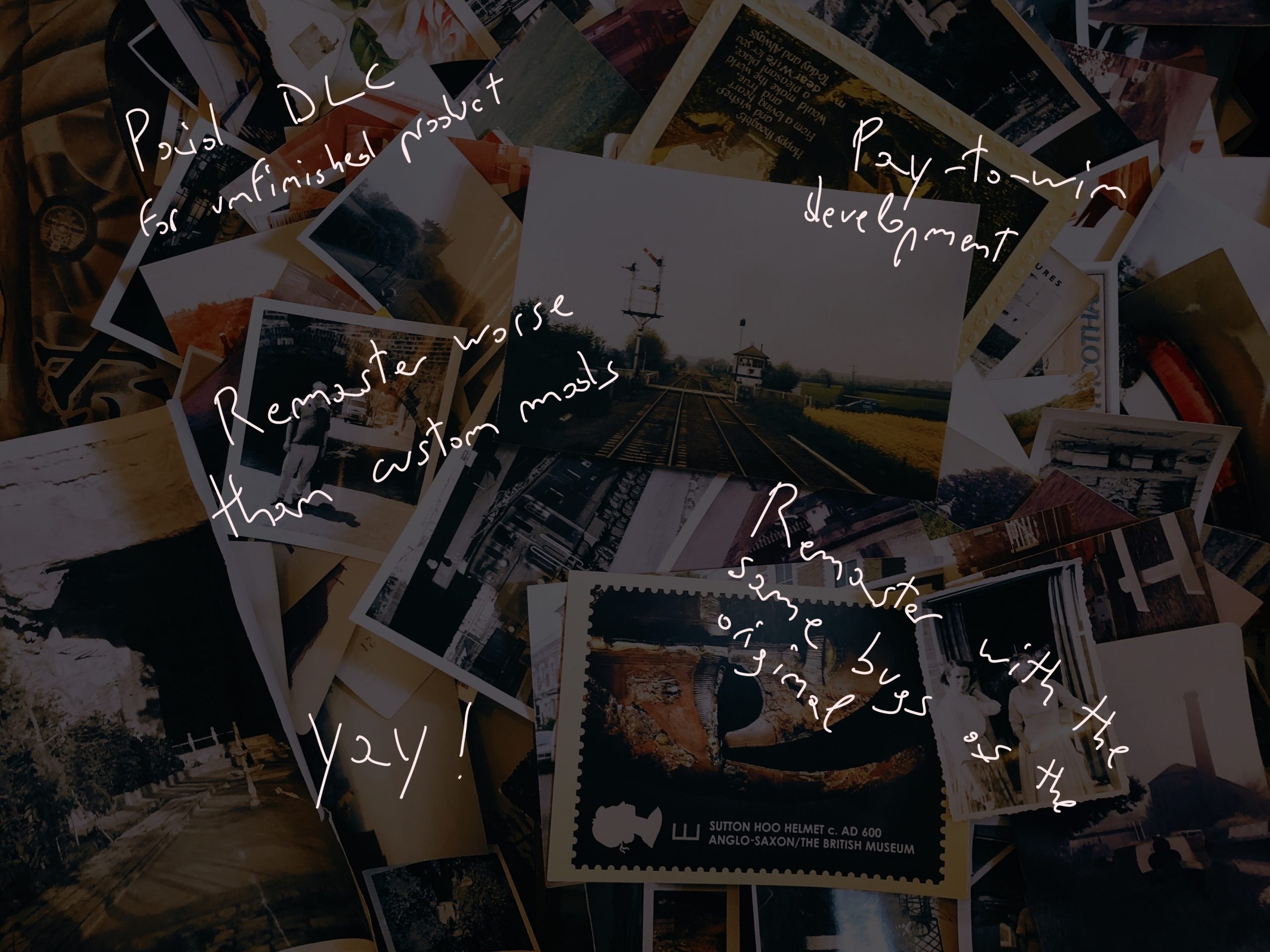 One comment on “My Unwillingness to Play by the Forget Assumption”