Habits, objectives and life-changing and fulfilling dreams are often blocked by Pain Points. It can border silliness, but they often make up a major block that we are very reluctant to face.
In sales, knowing, exploiting and resolving your lead’s pain points is extremely important and as weird as it can be, a salesman can know their lead's pain points more than the lead themselves.
That seems to be because we are very reluctant to even acknowledge them, let alone confront, be it in our personal lives or in our professional ones.
It is not strange to then understand how in our own lives they often go unnoticed, or rather, we work really hard to ignore them; confronting a pain point is, well, painful to a varying degree.
At the same time, the amount of effort we go through to not confront them is often ridiculous and more often than not causes more pain and is part of why we are not as happy as we could be.

Sometimes I'd want to do something because the end goal is extremely appealing, but there's that spidey sense that just makes me feel suddenly annoyed at something not necessarily well-defined, and then I think about something else and after a few hours I am browsing, watching YouTube videos or doing something else that's not even remotely as important in the long run.
It all happens without even noticing, one moment you're about to do that important thing, and then you're not.
Or you tell yourself it's time to eat something, because you need food (no you don't, put down that chocolate bar!).
Or perhaps it's a good time for a walk with your dog, even though you don't have a dog and you need to buy one.
But that's not the point: these are distractions, and everyone has something that can distract them. Thus our brain tries to distract us because the activity is not something it likes/we like, and it betrays us.
Instead of understanding WHY it's such a bother and perhaps try and find a solution, we're just lead to procrastinating.

No mas, I won't be swayed so easily!

Fortunately, our brain is just like a dog, it takes after its owner, so we just have to act like we're better and improving, to actually get better and improve!
Yes, that sounds silly, but walking the walk gets you to learn.
So, after kind of acknowledging this concept, I then spent months actually procrastinating because I was telling myself I was building up not to procrastinate. That's a very interesting exercise in stupidity, which I proudly excel at.
But even that didn't completely dissuade me, so after finally recognizing pain points are all over the place, I am working on getting through them, one by one.

The formula to get through pain points

Obviously does not exist. Each one differs from the other, so sometimes there is something we can do to improve a procedure, other times we have to force ourselves to change our point of view because the pain point is just us being dumbasses, other times it involves other people, etc, so there is no one simple answer.
Properly acknowledging a pain point usually gives us all we need to understand what to do with it and how to get through it.
Some things we just can't fix, so it's just necessary for us to live with them and try to make it the best we can, or approach it differently.
Anyone telling you there's a formula for such a thing is just trying to scam you.
One of the things I am in the process of working through is a lack of productivity/knowledge management, and there is an impressive amount of people spending days and years of their lives just tweaking project and knowledge management without actually doing anything with it.
There's also people that made it a job and do plenty with it, but the line is so thin and as usual the majority of the people use their tweaking as an excuse for themselves to productively procrastinate
Impressive what we do as humans not to confront what bothers us 😀

Publishing thoughts into my blog has always been something I wanted to do, it's not a life-changing goal or dream, but it's nice to give more deliberate thought into something, and the pain point has always been not having a good way to let thoughts flow and then pick and play with them. Zettelkasten is an exceptional way to let this happen, but it does not work with other areas, for me.
It's an awesome way to write a few seed ideas and attach other ideas and thoughts to them, until you have a very organic flow of thoughts that gets more and more precise and detailed, like a blob of dough getting molded into pizza, before I eat it. Except I do not eat thoughts, yet.
Still, any improvement is a good step forward. There's no such thing as life-changing without the tiny steps between each point, so even a small step is a significant step.
It's also never a done-deal, because, well, it's only over when you're dead. 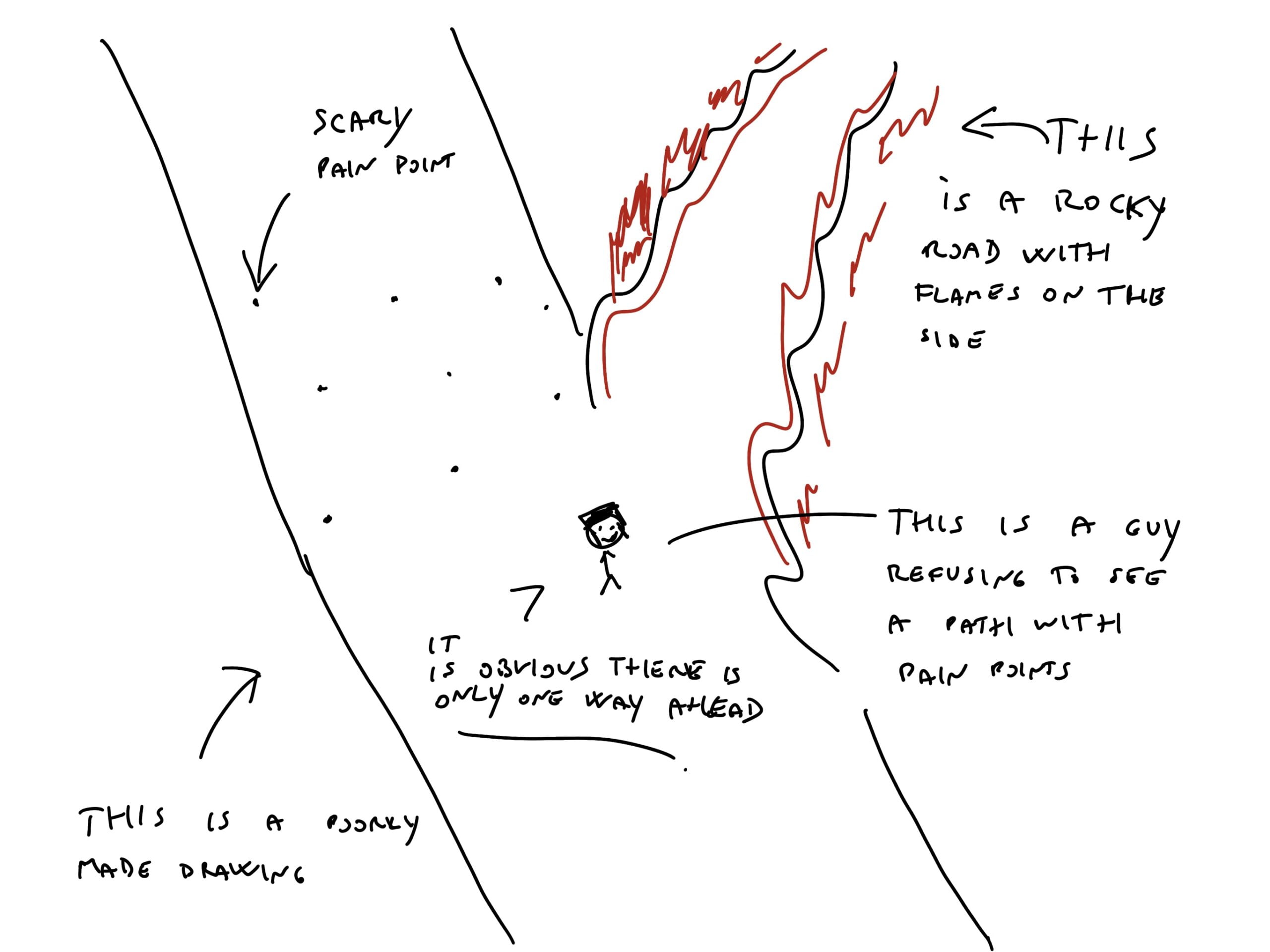