It so happens you used to appreciate, like or even had a crush on a person but never really established any sort of friendship and you feel silly about it. Or some poop happened between two or more people and you never really spoke much anymore. Orrrr you just get farther apart during the years even if you were friends.

That's life and it happens, no biggie.
Plus I'm not really one for oceans of words to people, so it happens there's just nothing much to say for a time.

But I'm a good person at heart (feel free to smirk), so I am happy to reconnect with people, especially after many years, hoping mistakes can be set aside in order to communicate and perhaps learn something new.
I'm the first to admit I'm socially retarded, so I attempt again after I've had new experiences, hoping there's something I did not previously see and not to make mistakes I previously did.

But it feels like it can never happen, as people grow the old established relationship throughout the years and they take it to the extreme. If something bad happened, when talking to you they're locked within those parameters and will never allow for a good talk.

That's understandable, but it should not exclude the chance to come to terms and perhaps find something good in it.

Still, that is not what bothers me the most. After all, not trusting each other after glorious mistakes happened is part of our own self-preservation instinct which I evidently lack.

What bothers me the most are those who put themselves over you, they assume they are standing on top of a pedestal (The IT Crowd pedestool reference, by the way) and that they have acquired or maintained a status they most likely never had.

You could say those people are in way over their head and they should really get off their high horse.

I've had it happen quite a bit and I always felt flabbergasted at how they approached the conversation. I am there, extending an olive branch and trying to find something good in said person, with a positive attitude, and I get the stupidest approach on earth in return, not even expected from the likes of multi-billionaire VIPs under drugs, glue and HB pencils grafite. Oh boy, the rush a pencil injection gives!.

So why do I even try?

Because I believe there's more than meets the eye (or less, depending on your point of view). And my eye doesn't usually see beauty or lack thereof, but more like moving shallow drones in human form.
Plus I've got really heavy glasses, so I don't really see much overall at first glance.

I understand that's harsh and inconsiderate of me, as I know there are many facets and different ways to approach a person and results could be quite different depending on our own approach.

I sometimes fail, that's fine, and I encounter these ridiculous loofs and I really cannot stop myself from wondering if there's actually anything these particular beings are able to understand.

Sometimes it works though and results are fairly pleasant, making it worth it.
There's never really anything to obtain, it's just a nice feeling, and ultimately that's what gives us a real pure smile.

I don't like humanity, but sometimes there are humans worth appreciating, and we should discover as many of them as we can.

This approach also leads me to consider how forced proximity allows for said good to come out, even when our blind eye misses it, which is often. Perhaps I'll be able to put the idea into words one day.

For now I am considering an olive cannon to go along with the branch, just in case I need to respond in a different manner to a ridiculous approach. 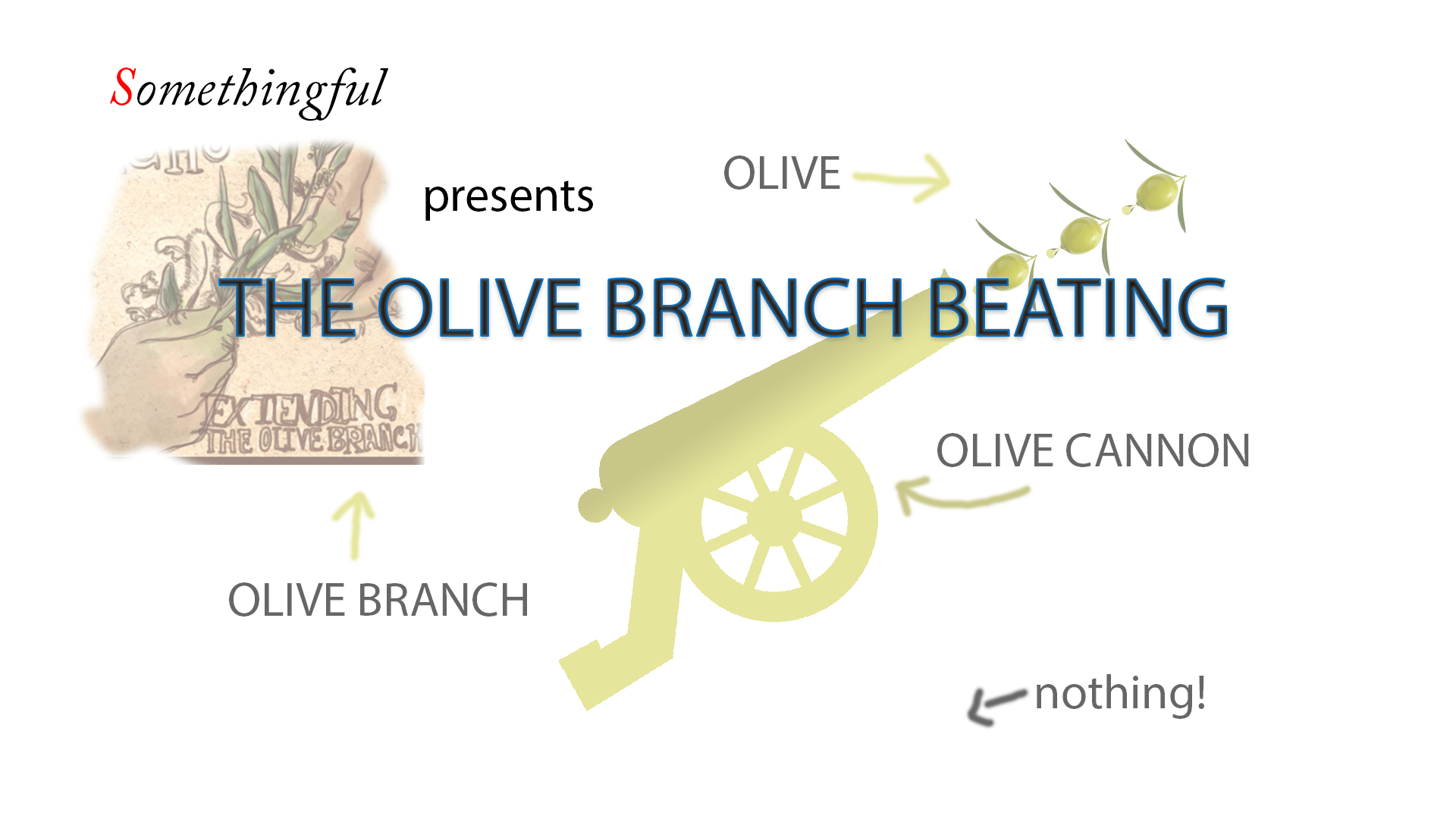