Why Final Fantasy XIV is a GOOD MMORPG

I do not want to delve too much into technical/gameplay details here, I want to focus on a different view.

What I want to talk about is how FFXIV is coming out to be the first sane and quality WoW alternative ever since WoW swept the ground and literally killed the competition.

It is not because FFXIV is better than other games from a technical/gameplay standpoint, they’re all quite similar, one way or another.

No, it’s because SquareEnix and more directly Yoshida decided to do what WoW did: put the whole saga/franchise behind the game, to support it.

Where WoW gets the glorious Warcraft story and franchise, Final Fantasy has the incredible background of dozen of games.

Yoshida’s been using this awesome baggage as citations and he’s been honouring the Final Fantasy saga all around.

You can see the Gold Saucer, Cloud of Darkness, Shantotto pets, Chocobo breeding, etc. and there’s tons of material still available and fresh to use.

This is what players want when they play a Final Fantasy game, and as a MMO it’s very easy and certainly welcome to add established lore through typical mini-games/citations/bosses. It makes you feel what you feel in those single-player games and gives more lore depth to the game.

Why most MMORPGs fail

Typical MMORPGs that are WoW clones have a ton of lore, but it’s mostly generic and it never sticks. Never. Their environments are generic, they do not have their own touch, because they don’t have one.

On the other hand, you have WoW lore, which has been around for decades.

That’s not going away and that’s  what so many players love about it. They just love the Warcraft saga and they love being part of it.

You can’t make that up with anything else. Hell, they still play at the risk of being blinded by that horrible graphic! They call new models those still crappy looking models, they’re just plain ugly, yet they love it. Why? They’re invested in the Warcraft saga, they love it, they want to be part of it, and because that’s the artistical design and “touch” typical of Warcraft.

Some try.. but still fail.

Not long ago, Star Wars: The Old Republic came around, and lore wise, we can clearly see it’s a fine competitor. The game played the same lore-alluring tune to the fans, and at first it was successful, but it was unable to perform in the long run. This was also due to technical/design reasons, as the team chosen to handle that kinda stuff was part of other spectacularly failed games, so it’s no wonder they botched that too (their ideas are just plain bad) – no, I’m not talking about BioWare. Their lore/single player story was amazing. I’m talking about the teams added for the multiplayer/mmo side, pvp etc. Those were plain bad -.

But still, it had potential, because it had something not many other games had: a huge lore and world already established that MANY people wanted to be part of. They desperately wanted to be a part of. The game was just not up to par in its offer and it fell dead. I mean, it may still be there, but I would not say it thrives. Going f2p after so few months is just a statement of its own failure (and it implies a very obvious degrade in what quality and quantity may have been there before).

I will not talk much about Elder Scrolls Online here, as I have a fairly limited knowledge of the Elder Scrolls franchise, since I’m not a huge fan, though I’ve played quite a few of them.

Still, it failed even worse than Star Wars: The Old Republic did, mostly for other reasons, but God. That game is just plain terrible, and with nobody to fix it through mods, it’s never going to move from that terribleness surrounding it.

FFXIV comes after FFXI, a game which I’ve loved and played extensively for years.

They botched hard 1.0 and they came around quite strong with their new version, A Realm Reborn.

It’s a troubled history for a game, but the reason why many people are sticking around is that despite the main story being new, it’s inter-connected with the previous version and there’s tons of lore taken from previous Final Fantasy games.

FFXIV is effectively becoming a huge homage to the Final Fantasy saga, and that alone is a tune hard to resist.

Who wouldn’t want to..

Raid with friends and defeat Shiva, Ifrit, Garuda, Titan and even Bahamut?

Adventure with the current Cid iteration? See Wedge and Biggs?

Race with Chocobos? Breed them! and have a stronger chocobo to race with?

Listen to the awesome soundtrack, up to FF standards?

There’s a huge potential here to have a ton of people interested. And that’s how a MMORPG can be successful, by making use of the available lore and franchise in a proper way, and that’s what WoW does and FFXIV is doing right now.

They’ve also gotten many other things right, but what I feel is one of the main reasons a MMORPG even has a chance to be successful, is the environment and lore, and Final Fantasy XIV is among the first to get it right ever since World of Warcraft did it first, so long ago.

Everything else is important of course, but this single point has never been emphasized much, while it is actually one of the strongest selling points and advantages.

Of course, as other examples suggested, other aspects are important in order for players to stay.

I play Final Fantasy XIV and it is the first actual proper Final Fantasy in a long time, and it feels that way in everything it does (so far).

There are things I don’t like, of course, and there are things that are not yet polished enough, a bit rough, but not everything can be of our liking, yet it can work for others. 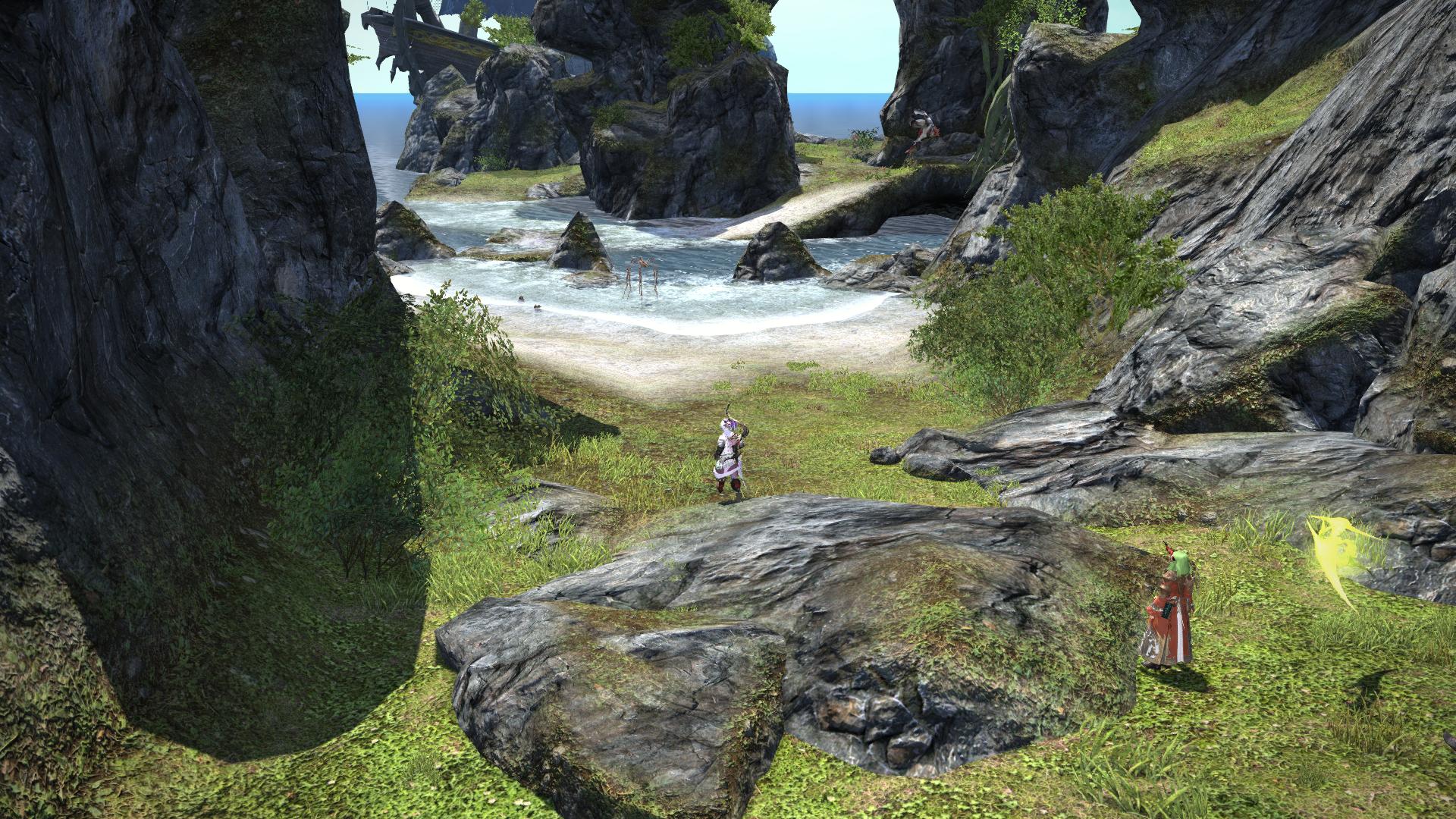