You need hills and mountains, not plains.

Star Wars: The Last Jedi is out and after the partial miss-step of the previous chapter, I could not have high expectations, even though Episode VII had a potentially good setup for the following movie.

However, Disney managed to completely smash my expectations and have been able to elevate their product to a new standard I could've never expected.

In the years to come, anyone concerning themselves about building a quality story will come to know this movie by heart, as it provides a number of perfect examples of what NOT to do, how not to proceed, what kind of cliché to avoid. I am sure they've had perfectly fine explanations while working on it, but the final product's story and flow is abysmal to a point that it allows you to re-evaluate movies like Episode I. After all, compared to this, these movies could be even considered.. good! Impressive work, really. It is obvious I am speaking about its story and decisions, there's nothing bad to say about the actors or the production quality.

I am by no means an expert by any standards, however just as I am not a professional poop cleaner, I can still smell poop well enough.

I will focus on one important ingredient for a great story:
You need a good villain.
The main character(s)'s progression, strength and qualities can only shine if they're matched by an equally (or even better) competent villain, with a fleshed out personality and characteristics. You can't shine if you struggle against a conflicted emo teenager, can you?

Coincidentally, that is exactly the villain here. Nothing to say about the actor, he conveys exactly what's been asked of him I'd guess, however that's what you do NOT want as a main villain. He struggles with just about anything and is very much not in control of even himself. Yet people who've defeated the Empire, people with years of experience are systematically defeated by Kylo Ren or randomly fall on their own, it seems like they just don't care anymore.

In retrospect, it makes all their past feats less impressive, considering how incapable they appear to be now.

Kylo Ren is a good sidekick for a main villain, that can eventually grow into a respectable main one. That was my hope after the last movie. However, in this one he's shown he's still just an idiot, yet people keep falling to him. Luke's death is just ridiculous, although he's had the grace of finding peace before dying to strain (similar to a really decise poop strain, it seemed).

The "main" villain? The one that was doing everything in the shadows? The would-be equivalent to the Emperor? It was good for a facepalm, completely ridiculous character, arrogance only rivaled by his cluelessness. They could've given him an useful role, a good opposition until the emo guy's character grew enough to be a good rival. But no, they just had him fall in a ridiculous manner.

With these two villains, yet the Rebellion constantly struggling and almost getting wiped over and over, one can only question the Rebellion's competence.

Again, the problem is not that the Snoke guy died, the problem is that he could've been a good opposition and just got ridiculed out instead, leaving no one to take the mantle as a rival. And yet, the First Order is winning. Ridiculous, eh?

I could name a ton of extremely great stories in books, videogames, movies that have become staples, classics, memorable, because the "good guys" managed to win against the odds, against difficult enemies, well thought out characters that gave a great fight.
Hell, even Vader and the Emperor made for good antagonists, they were competent, cunning and/or strong and felt like actual real enemies that required effort to defeat. The struggle was there and was justified, extremely well conveyed to the viewers (not talking about particular scenes or disputable things, just generally they were good antagonists).

Here there's barely a fight, the whole plot makes it seem like it's hard enough for the main characters on both sides to even remember to breathe, lest they forget and die by accident.

I'm not debating taste, the way one character should act, rushed love stories, plot devices used in a questionable manner, nothing of the sorts. Those things are more up to taste than anything and are not important here.

I am pointing out that without one or more good antagonists there are no good protagonists and as such, after Episode VII and Episode VIII we only have average idiots on both sides making average mistakes and generally uninspired choices that have disastrous consequences for the whole galaxy.

Sometimes you have an hidden enemy for a good part of the story, but then when it shows up it supposedly makes for a good opposition, unlike Snoke, so even if next Episode has a really great enemy, this one here still fails to get an interim one.

Maybe that's the ultimate goal? make it believable and realistic? That's possible, but it's also far from conveying an inspiring and beautiful story with good characters making occasional mistakes but also doing their best to achieve their goals.

They don't have to be geniuses, mistakes are part of what's human and as such, Poe's attempts to find a solution to save the day that ended up not working were honestly great. It gave him some depth and even if it didn't work out, it was a great highlight for the movie.

It's ultimately a movie, things have to happen at a certain pace, so while having people struggle to understand what's going on is fine on part of a first movie out of a trilogy, with enemies and main characters still in their early stage, somewhat not ready for what's coming (though that's weird, as the antagonists initiated the conflict, yet they're just as clueless), the second one desperately needs to pick up the pace, make things happen, have enemies provide actual challenges. Don't need to get through them right away, there's also a third movie, but getting wiped by idiocy is not worthy of a good story.

Or maybe plains fit the new characters fine for now?

If you begin the reasoning from scratch and approach it differently, you could also just believe they're phasing out the old characters for the new ones, and as such they're closing out their storyline. The problem with that is that those characters are supposedly great heroes that defeated the Empire, and again, they are falling against weak characters in their early stages.

I am sure Kylo Ren could eventually be considered a worthy adversary, he just isn't, right now. Snoke? Nah, he's not, considering how he was killed.

Phasing out the old characters in a meaningful manner would've required fleshed out enemies, whereas the new main characters on both sides are still very young and need to find their way, so that's why it just feels off.
Snoke could've been a good link to prove strong enough to defeat the old characters and then allow for a story that only wanted the new ones to shine, on both sides, but.. yeah.

The end to the trilogy isn't here yet so any definite conclusion can't be reached. However, this movie will most likely still feel very weak even after Episode IX is out. We'll see.

For a good story you need good antagonists (among other things). If you phase out previous stories' characters by making them fall while new characters on both sides are weak, you are making an objective mess and you're delivering a very weak story. There's no debate or subjectiveness, it's going to be a poor story. Some people can dismiss it, others don't, that's it. 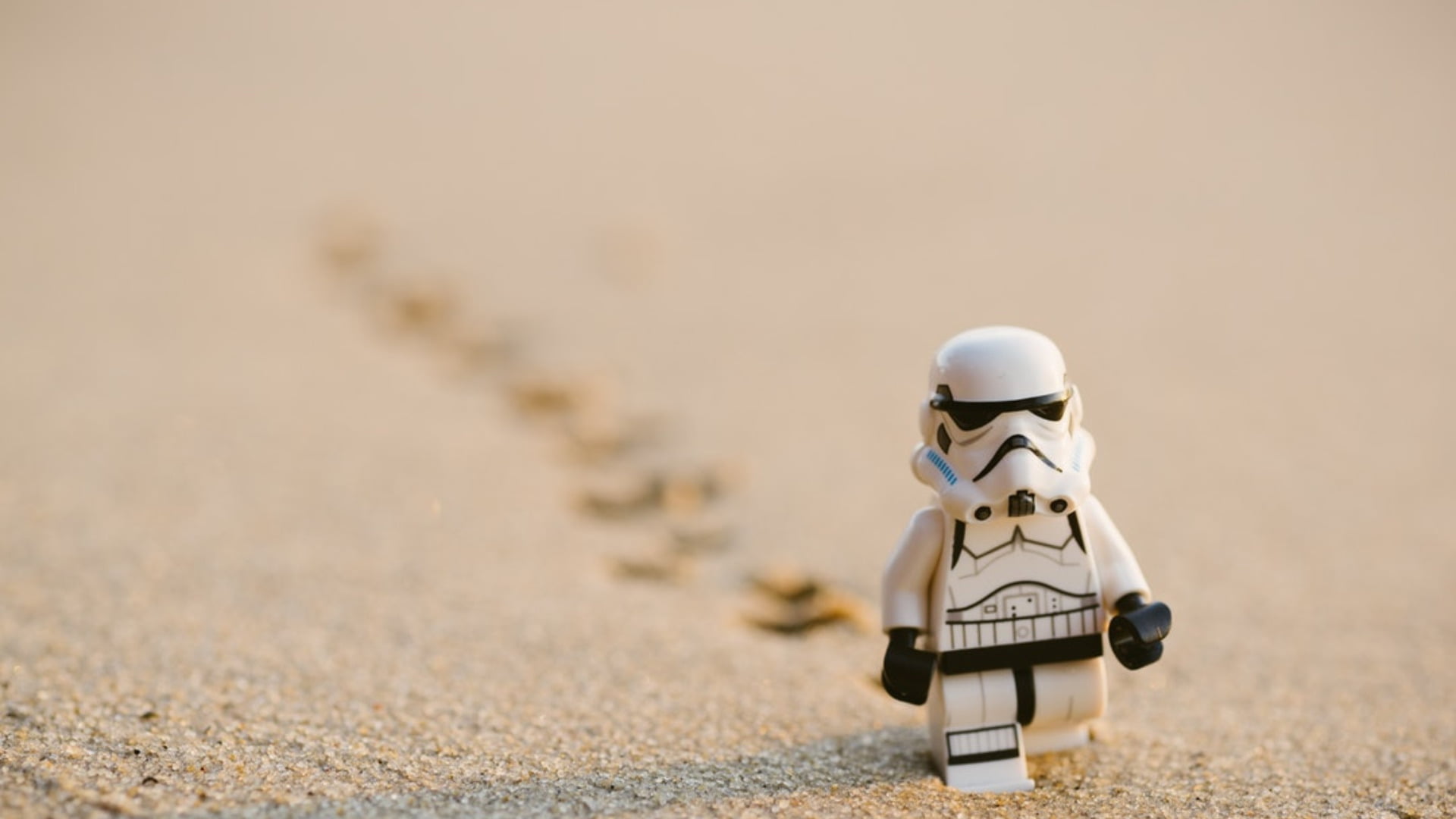